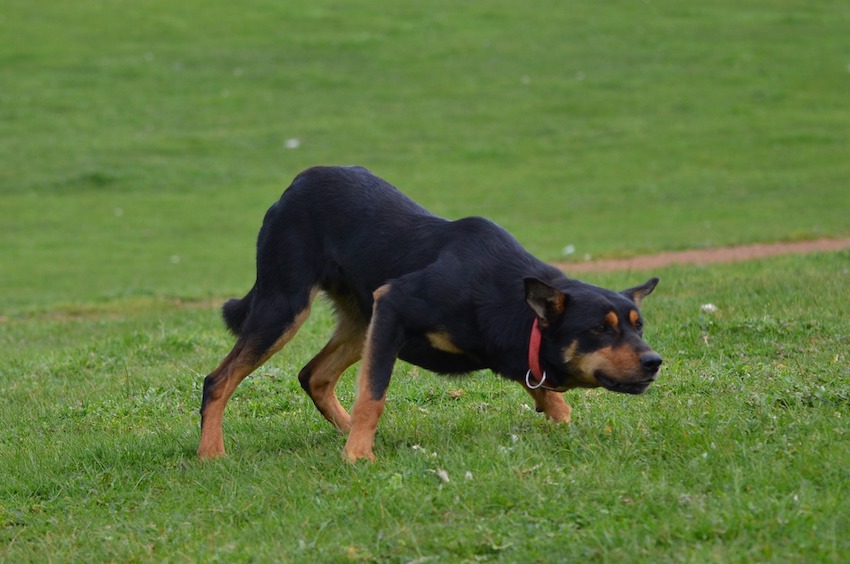 A History of Stockmans Kelpies

One of the foundation sires Scanlons Fred had a major influence on working Kelpies throughout Gippsland in Victoria and continued as an influential sire after he was purchased by the Scoriochre Stud for $2500 in 1984.

In 2006 the Stud was fortunate to be able to purchase Riana Meggie. This gave Stockmans Stud access to some great old bloodlines.

Stockmans Kelpies are well known for their all round ability and excellent temperament.

We are also aiming to source and help preserve some of the best old bloodlines within the Kelpie breed.

Karana Gidgee and Riana Liz were purchased to enhance our brood bitch team.

A share in Karrawarra Frank gave us the opporunity to bring in some Karrawarra blood which continues our line breeding back to old Kelpie bloodlines.

In 1990 Bill sold Peter Griffiths his first Kelpie and started a long relationship of exchanging ideas on training and breeding Kelpies. We have been able to obtain Allstates Tex, Karrawarra Frank, Allstates Paris and Harrisfarms Bonus from Peter to compliment our breeding policy as they contain a mix of Karana, Gogetta and Karrawarra blood.

First is natural working ability, we look for dogs that have a good cast with natural distance off their stock yet the strength to come in and force when required, most of our dogs will back and force in the yards.

Secondly a friendly, wanting to please and trainable temperament is important.

Pedigree is important as it helps us to identify and breed from bloodlines which have been proven to contain the criteria we are looking for. Line breeding to these bloodlines means we can more reliably predict the outcome of our breeding program.

Bill started working dogs on his parents dairy farm about 1955 and started his first pup soon after. He worked several x-bred dogs getting his first pure Border Collie in 1966 about this time he met Vic Holland who introduced him to 3 sheep arena trials with Vic as his mentor Bill competed with good success. His best Border Collie being Alroy Rob.

Bill stopped competing in the early 1980’s when his children were able to compete with their horses as that was something the whole family could participate in.

Bill tried his first Kelpie about 1979 the first couple of Kelpies didn’t work out but he eventually got a pup from Frank Scanlon while looking at horses in Frank’s area. This started a long association with the Scanlon family.

Bill competed in one yard dog trial in Deniliquin in 1993 getting 3rd with Leathams Meg, his next trial was in 2014 when he won the Farmers 3 sheep trial in Benalla with Riana Meggie. In 2016 he again competed at Benalla this time with a young Gogetta Chism who also won this trial.

In 2018 he entered a yard dog trial at Violet Town where he came 2nd with Allstates Paris she had 4 starts for 3 places. He hopes to compete a bit more often in the future. He has been breeding very good dogs for over 50 years and enjoys seeing other people have success with them be it on the trial ground or as general work dogs.

Bill has judged 3 sheep arena trials, yard dog trials and utility trials including the first Peppin Merino yard trial at Deniliqin, the Novice at the Victorian Utility Championships at Avenel 2000 and the prestigious Caringal Utility Trial 1998.